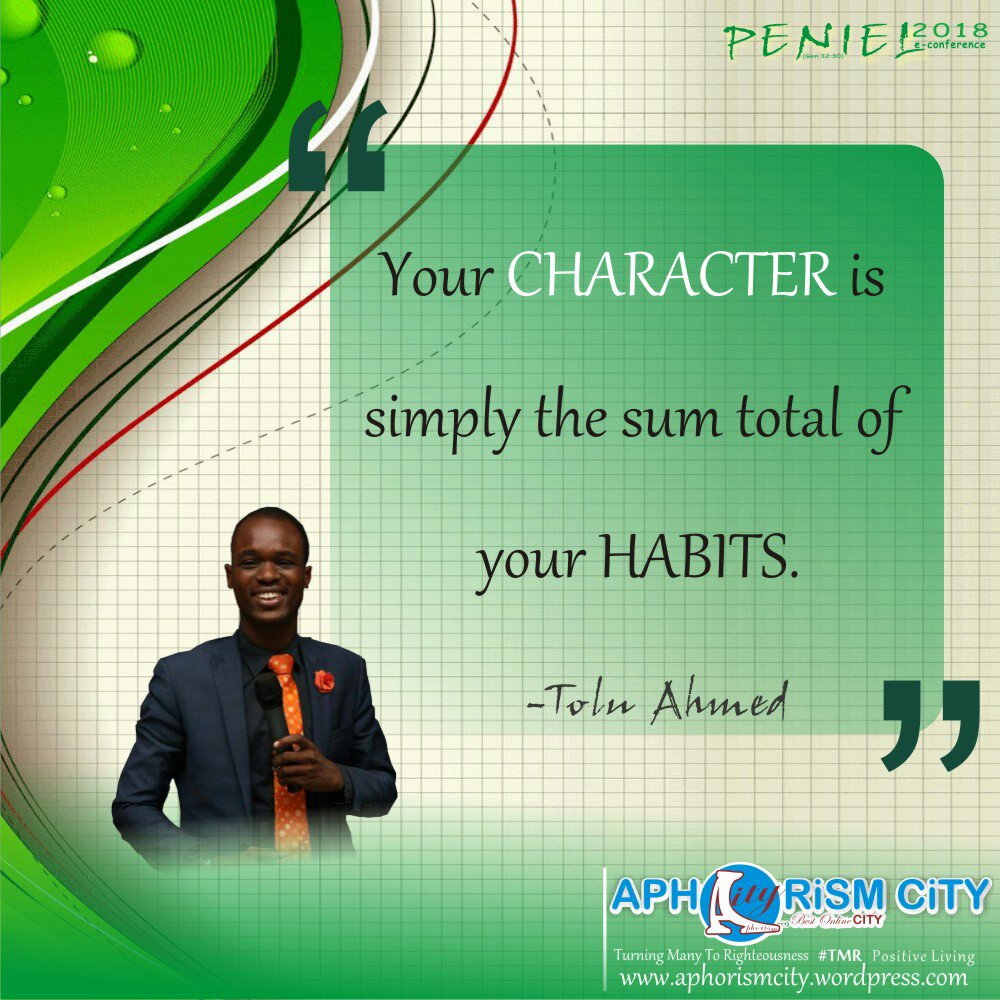 Today, I’ll be sharing with you “The Law of Character-Building”. First, I’ll share a few things and work you through the clear meaning of each of #CharacterAndIntegrity

I’ll recommend a book for you that helped me build mine and share the summary. Afterwards, we’ll take questions!

There’s a law guiding character building. It’s a simple, natural, and thoroughly scientific method that all should know. It’s a simple method for forming habits or breaking (or replacing) them. #CharacterAndIntegrity

It’s the law of “Autosuggestion”. _Autosuggestion is the idea that whatsoever you repeat to yourself will eventually become your truth._ Which becomes your actions, and your habit.

Thought is the force underlying all! Your every act — every conscious act — is preceded by a thought. Your dominating thoughts determine your dominating actions. 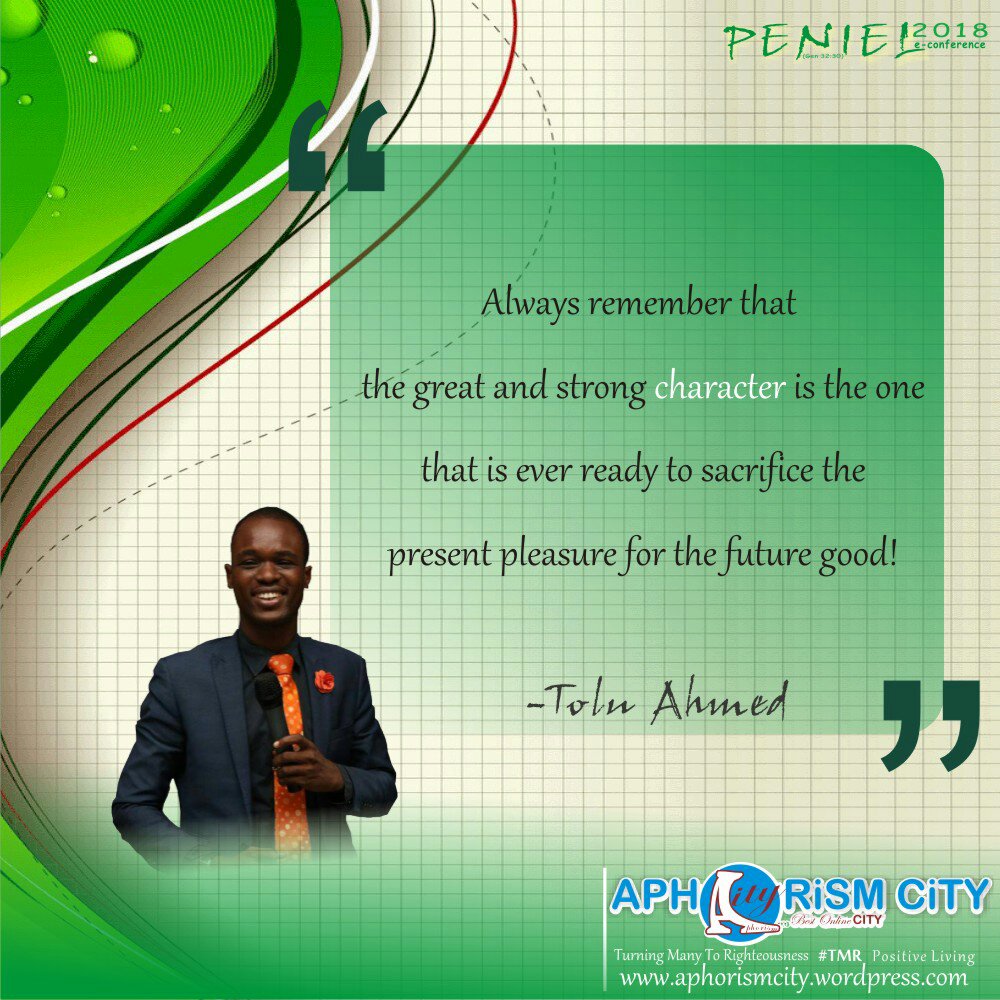 So, to control your thoughts, CONTINUOUS EFFORT (or PRACTICE) even if at first failure results, sooner or later, will bring you to the point of easy, full, and complete control.

Every time you make an effort to be better and fail, you add an increment of power that will eventually accomplish the better result you seek.

Others call it genius, we call it PRACTICE!
Here is the best definition of Charater that I’ve ever seen: _Character is the ability to follow through on a decision, long after the excitement and the euphoria of the moment has passed.

The greatest strength and nobility of character lies always in being QUICK TO TAKE a firm stand on the side of what is right/helpful, and allowing nothing to weaken or influence this stand!

At this point, I’ll talk about the law guiding breaking a habit! It’s called the law of indirectness.

These two ideas (Habitation and Indirectness), are the keys self-mastery.

In summary, we become what we think about most of the time. We grow into the likeness of things we contemplate.

Literally, scientifically, and necessarily true it is that, “As a man thinks in his heart, so is he!” The “is” part, is his character! Your character is simply the sum total of your habits.

Always remember that the great and strong character is the one that is ever ready to sacrifice the present pleasure for the future good!

So, the reiteration, and the continual reiteration of thought that grows our habits or develops our character.

_Life is not for mere pleasure, but for the highest unfoldment that one can attain to, the noblest character that one can grow and for the greatest service that one can render to all mankind._

_In this, however, we will find the highest pleasure, for in this the only real pleasure lies. He who would find it by any short cuts, or by entering upon any other paths, will inevitably find that his last state is always worse than his first; and if he proceeds upon paths other than these, he will find that he will never find real and lasting pleasure at all._

_…the greatest strength and nobility of character lies always in taking a firm stand on the side of what is right/helpful, and not allowing anything to weaken or influence your stand._
Recommended Habits...

The 7 Habits of Highly Effective People
1. Be Proactive
2. Begin With The End In Mind
3. Put First Things First
4. Think Win-Win
5. Seek First to Understand and Then Be Understood
6. Synergize
7. Sharpen the Saw 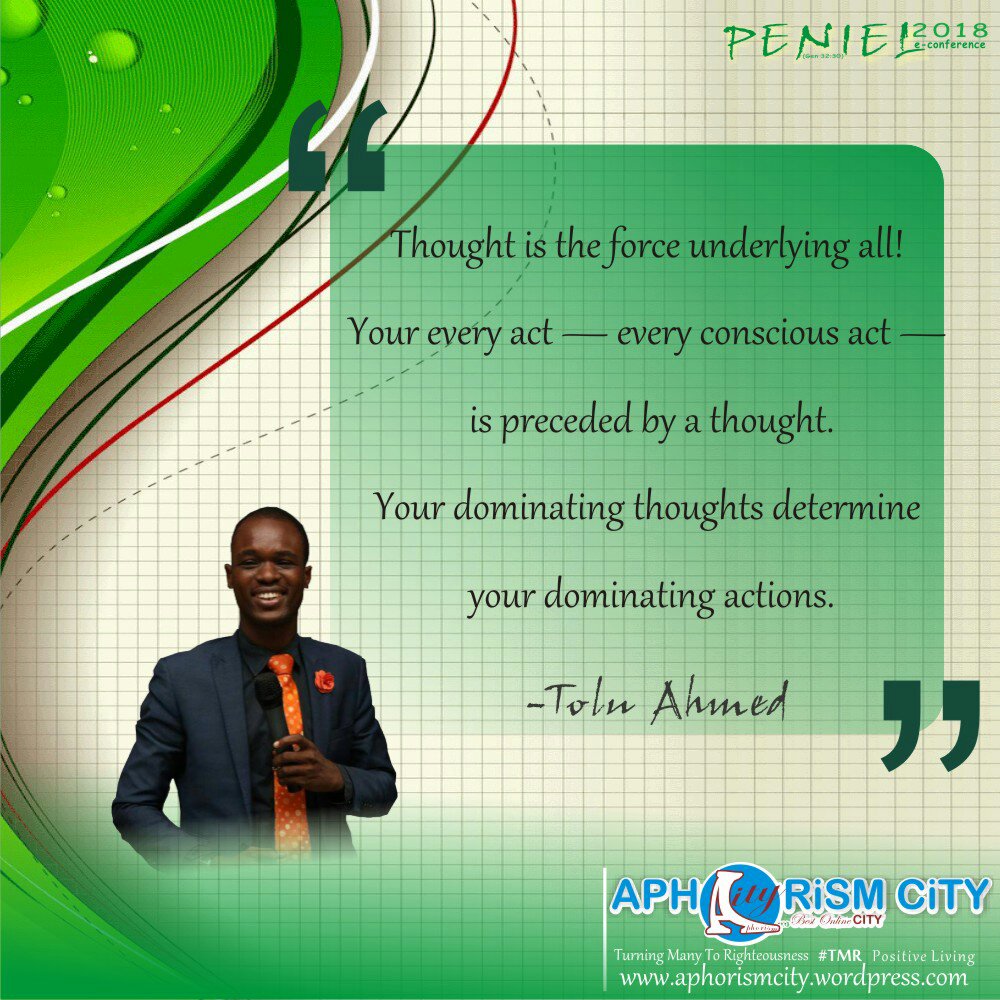 He drives a platform called ValuePlus—a platform for reproducing achievements in others. So, he shares only what he has done with the purpose of helping others achieve the same.